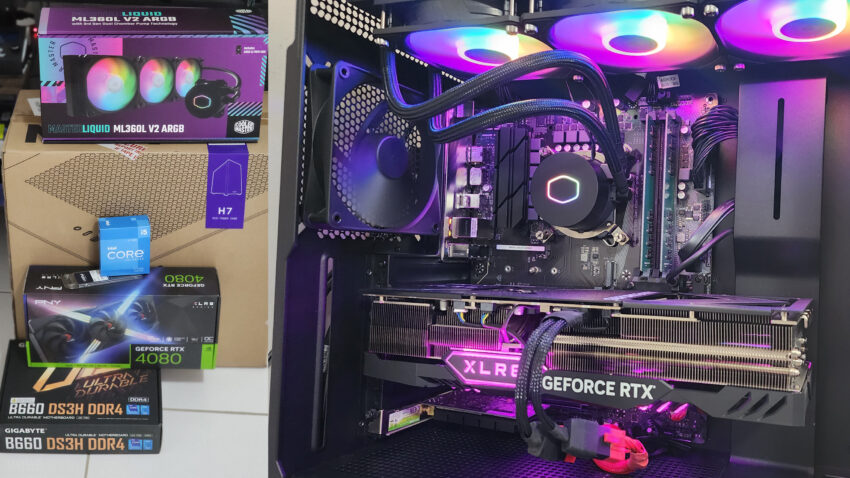 It all started with me buying an RTX 4080 and realising that the SATA ports on my mATX motherboard don’t have enough clearance from this gigantic beastly sized graphics card, major size difference to the RX580 it was sporting earlier. Not to mention my current Micro Tower case was not wide enough to house the graphics card in two directions, length and width. So, as you can see this left me in a pickle;

The moment was not particularly great for CPUs decisions as both Intel and AMD have new socket sizes hopefully these don’t change faster than the tides, and the slow uptick of DDR5 coming into the market. I made the choice to get a slightly older 12th generation Intel i5 CPU the reasoning for Intel is purely for performance, based on my current computing needs for a workstation with part time gaming, let’s be honest I’m no longer a gaming prodigy that could clutch a 1v5 in Counter-Strike.

That being said, I thought it’d be fun to write a quick guide on the installation of all the components in the form of a tutorial considering I was planning on doing this type of tutorial almost 10 years ago where I even made CPU and RAM installation videos then but never got around to actually putting the tutorial together, so I’ve added these in for some visual guides.

Start by gathering all of your components and placing them on a static-free surface, such as a tabletop or desk. 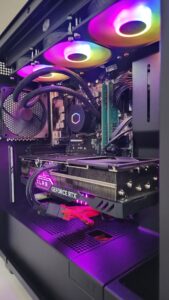 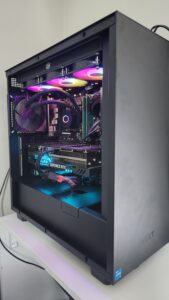 That’s it! You should now have a fully assembled PC.

This site uses Akismet to reduce spam. Learn how your comment data is processed.